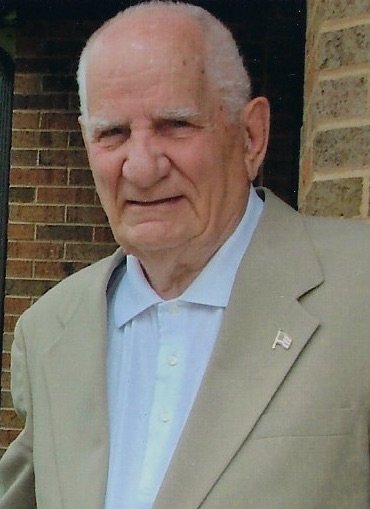 Ralph J. Kelly of Plymouth Meeting passed away on October 23, 2019.  He was 94.  He was the son of the late Ralph and Agnes Kelly and was raised in Manayunk and Roxborough where he attended St. John the Baptist in Manayunk.  He served on the U.S.S. Wilkes Barre in World War II and saw action in the South Pacific.  He was on deck and survived 30-foot seas in a typhoon in the South China Sea only to be injured in the Battle of Okinawa. He was awarded the Purple Heart for those injuries.

Upon discharge, Ralph joined his father and brothers, Tom and John on the Pennsylvania Railroad but his soon-to-be wife convinced him to try something different.  That led Ralph to try the up and coming air-conditioning business. Ralph joined the Elliott-Lewis Corporation and spent the next fifty years with that company rising from a salesman to Executive Vice-President.

Ralph's Funeral Mass will be held on Saturday, Oct 26 at 11:00 AM at Saint Philip Neri Church 437 Ridge Pike, Lafayette Hill

To send flowers to the family or plant a tree in memory of Ralph Kelly, please visit Tribute Store
Saturday
26
October

Share Your Memory of
Ralph
Upload Your Memory View All Memories
Be the first to upload a memory!
Share A Memory
Send Flowers