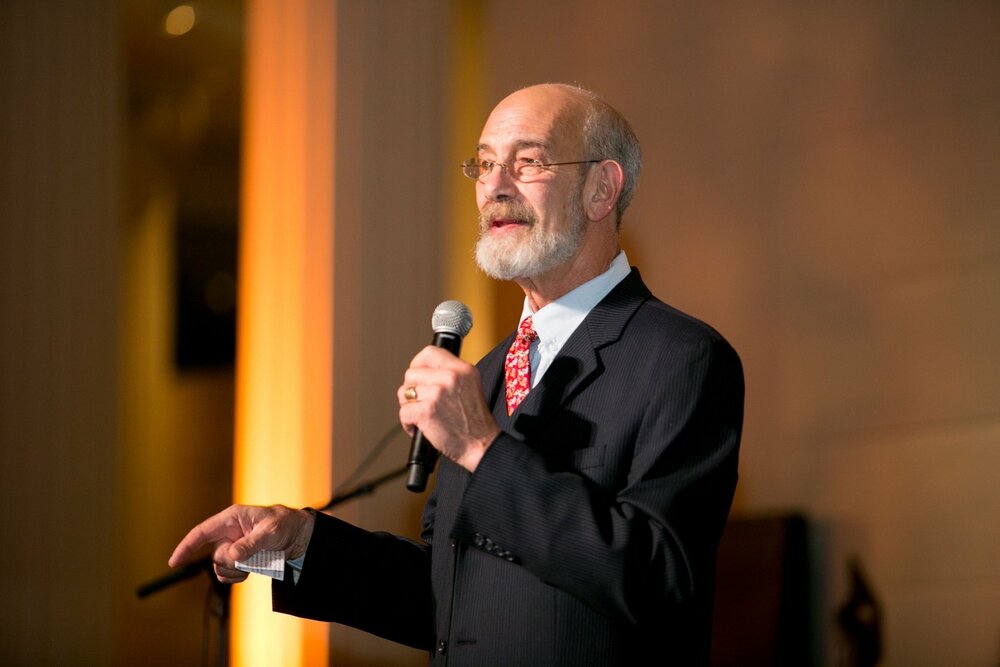 Please share a memory of Craig to include in a keepsake book for family and friends.
View Tribute Book

A brilliant mind. A generous heart. An indomitable will. Unsparing candor. A devoted husband. A loving father. All who knew him understood that Craig lived life on his own terms and lived it to the fullest.

Craig was orphaned at 15 and raised by his older brother, Gary. He graduated from Forest Hills HS at 16 and traveled across the country in 1964 to enter the California Institute of Technology. There he made lifelong friendships and earned Bachelor’s and Master’s degrees in Mechanical Engineering, graduating near the top of his class. He then left for Boston to work in the computer industry.

He soon met Gail Zivin, a Harvard psychology grad student. A few years later while on a trip to Peru, they decided to marry and, in typical SanPietro fashion, did so just two days later in a 150 year-old colonial mansion in Cusco. Since then, they’ve traveled to almost 50 countries together.

Craig followed Gail to Philadelphia when she took a teaching position at the University of Pennsylvania, and it has been their home ever since. Craig launched his own company, Craden Peripherals, manufacturing specialized computer equipment ranging from automated parking systems to dedicated printers for banking applications, where Craden printers became the national standard. On his journey to becoming a founder and CEO, Craig also designed a replacement disk drive controller for IBM, returned to Caltech to build an off-road VW, spent three months driving the Pan-American Highway to Panama, designed a 1,000 chip spacecraft telemetry system for NASA, and contributed to the programming for the Lunar Landing Module.

After retiring, Craig worked as a volunteer to restore several nearby 19th century water mills to working condition and took great joy introducing young people to the mechanical workings of those mills, as well as the fresh cornmeal that was their end-product.

Craig supported many charitable activities, with educational causes the foremost.  These included High Rocks, a West Virginia program that helps girls develop self-esteem, gain self-reliance, and embark on college and career paths, and Bright Prospect in California that supports low-income youth to go to and through college. He provided financial support and sage advice to both these programs that had been started by friends he met decades earlier while at Caltech.  He endowed multiple Caltech scholarships with preference for students who had lost one or more parents.  He also endowed a competitive travel prize that enables Caltech students to travel abroad during their summers, and another program that helps undergraduate students gain paid summer internships at technology companies.

For decades, Craig was active in Quaker meetings with both Abington Friends and Chestnut Hill, served as treasurer for Friends General Conference and inspired others to raise money to build girls’ schools in Afghanistan.

Craig himself once shared his own story:

“I've driven to Panama, been held up in Mexico City, had a bus driver handcuffed and arrested in the Yucatan, driven through rivers in Honduras, been married in Peru, fixed dead-in-the-water steamship engines on the Amazon, been arrested myself at gunpoint in Brazil, gambled in Paraguay, blown out two tires in a dry river bed in Kenya and been charged by an elephant later the same day, body surfed in Indonesia, bent fenders in Dominica and Italy, guided lost taxi drivers in Japan and Uzbekistan, walked across fields of compressed human feces in Nepal, locked myself out of my car in Sri Lanka, been stranded in the Delhi airport, capsized a raft in New Zealand white water, temporarily lost my daughter in Spain, slept in a Turkish hotel carved out of rock, broke Ramadan fasting with Kurdish dissidents who had guided me past army tanks, almost flooded a Guatemalan village while working with Caltech students, picked the liquor cabinet lock on a Danube river boat, and attended Jewish Sabbath services in Uzbekistan."

Above all, Craig took great pride in the professional and personal accomplishments of his wife Gail and their daughter Lara, who survive him. His only stated regret was his self-perceived failure to treat his wife, daughter, and friends with greater respect, though he died grateful for their companionship and love. He wishes not to be grieved but rather asks that we all care for each other better than he did.

A memorial will be planned for a future date.

In lieu of gifts or flowers, Craig’s family asks interested parties to instead contribute to Abington Friends Meeting, in Jenkintown, PA.

To send flowers to the family or plant a tree in memory of Craig SanPietro, please visit Tribute Store

A Memorial Tree was planted for Craig
We are deeply sorry for your loss ~ the staff at Lownes Family Funeral Home
Join in honoring their life - plant a memorial tree
Services for Craig SanPietro
There are no events scheduled. You can still show your support by sending flowers directly to the family, or planting a memorial tree in memory of Craig SanPietro.
Visit the Tribute Store
Print
Online Memory & Photo Sharing Event
Online Event
About this Event