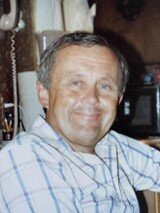 Please share a memory of Thomas to include in a keepsake book for family and friends.
View Tribute Book

Tom was born in Toledo, Ohio to Raymond and Opal (Evearitt) Walton on June 22nd, 1938.  He went to high school at DeVilbiss in Toledo and graduated in 1956. In his youth, Tom enjoyed racing boats and cars with his friends.  He married Mary Sue Shipley in 1964. His career started at General Mills as a floor sweeper and while working his way up, he earned a degree from Aurora College and also attended University of Toledo and Dartmouth College.  During his 37 years with the company, he moved his family from Ohio to Iowa to Illinois to Minnesota, making so many wonderful friends along the way, and finally to Buffalo, NY where he retired as Plant Manager of the cereal plant.  He and Sue then moved to Lafayette Hill to be closer to their children and grandchildren.

Tom and Sue spent a lifetime together traveling to Europe, on cruises to Alaska and the Caribbean but Tom most enjoyed the beach in Ocean City, reading a book or building sandcastles with his grandchildren.  He played golf, tennis and skied, and as he got older, he loved spending time with his family, working on house projects, watching his grandchildren play sports and of course watching his favorite team, The Ohio State Buckeyes, play football.  He was also actively involved in volunteering and socializing at St. Peter’s Lutheran Church in Lafayette Hill.  Tom always had a positive and optimistic outlook on life and to know Tom was to love him. He is greatly missed by family and friends.

Tom is survived by his loving wife of 58 years, Sue, his son Josh Shipley Walton, his daughter Jodi (Robert) Ash, his sister Janice (Tom) Bailey of Tacoma, WA and his five grandchildren, Carlin, Jamie and Scott Ash and Garrett and Grayson Walton.

A celebration of Tom’s life will be planned for a later date.  This summer, following his wishes, his ashes will be joined with the ocean.

To send flowers to the family or plant a tree in memory of Thomas Walton, please visit Tribute Store

A Memorial Tree was planted for Thomas
We are deeply sorry for your loss ~ the staff at Lownes Family Funeral Home
Join in honoring their life - plant a memorial tree
Services for Thomas Walton
There are no events scheduled. You can still show your support by sending flowers directly to the family, or planting a memorial tree in memory of Thomas Walton.
Visit the Tribute Store
Print
Online Memory & Photo Sharing Event
Online Event
About this Event