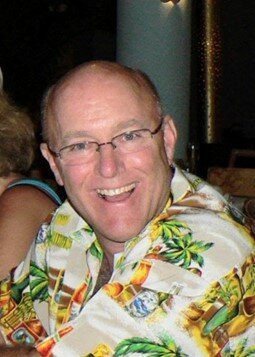 Please share a memory of Jeffrey to include in a keepsake book for family and friends.
View Tribute Book

Jeffrey W. Turner, of Doylestown and most recently of Normandy Farms Estates, Blue Bell, son of the late William and Vera Turner, born May 6, 1955, passed away peacefully August 25, at the age of 67 from Lewy Body Dementia.

Jeff grew up in Lafayette Hill and attended Plymouth Whitemarsh High School where he lettered in soccer, wrestling, and track. He was an accomplished athlete, and he continued wrestling and pole vaulting in college. Jeff was well liked and made friends with everyone. He inherited his sense of humor from his grandfather and shared it wherever he went.

Jeff spent his early summers in Ocean City NJ, and as a teenager he worked at Bob’s Grill Bike Rentals and at Mack and Manco’s pizza shop on the boardwalk. Jeff was an avid

sailor, windsurfer, and skier. He enjoyed sports of all kinds, especially biking and water volleyball with his friends at Normandy Farms.

Jeff attended Lafayette College and graduated from Drexel University with a degree in electrical engineering. He worked at Honeywell International for his entire career.

Jeff’s fun-loving nature, sparkling personality and huge heart will be missed by so many. Always ready to lend a hand, many described him as “the salt of the earth”. He was an amazing father, brother, son, and friend. He was humble and had a gentle demeanor.

Jeff was a very special father who loved attending and participating in all his kids’ activities.

Jeff is survived by his two adored children, Scott, 31 and Britta, 27 and their mother, Lisa Turner, his twin sister Judy Baxter (Malcolm), sister Lynn Fox (Billy) many wonderful nieces and nephews, cousins, and his beloved friend and companion, Judy Austin.

A celebration of life service will be held on Saturday, September 17, 10:00am, at the chapel in the main building in Normandy Farms Estates, Blue Bell. In lieu of flowers, donations in his memory may be made to the Lewy Body Dementia Association, www.lbda.org.

To send flowers to the family or plant a tree in memory of Jeffrey Turner, please visit Tribute Store

A Memorial Tree was planted for Jeffrey
We are deeply sorry for your loss ~ the staff at Lownes Family Funeral Home
Join in honoring their life - plant a memorial tree
Services for Jeffrey Turner
There are no events scheduled. You can still show your support by sending flowers directly to the family, or planting a memorial tree in memory of Jeffrey Turner.
Visit the Tribute Store
Print
Online Memory & Photo Sharing Event
Online Event
About this Event