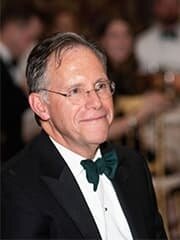 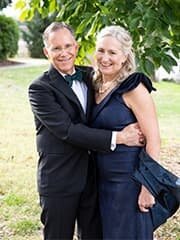 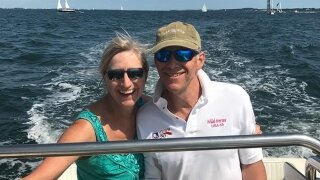 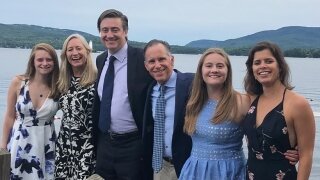 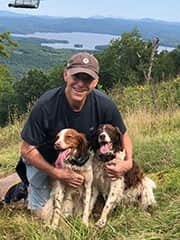 Obituary of Douglas A Canning

Please share a memory of Douglas to include in a keepsake book for family and friends.
View Tribute Book

Douglas Arthur Canning, 65, of Philadelphia, a beloved pediatric urologist and Chief of the Division of Urology at Children’s Hospital of Philadelphia (CHOP), died Monday, May 30, 2022, after suffering severe injuries from a bicycle accident. He passed surrounded by his loving family.

An avid learner and dedicated mentor, Dr. Canning led the CHOP Division of Urology for 25 years and held the Leonard and Madlyn Abramson Endowed Chair in Pediatric Urology. For decades, he served as a leader, clinician, investigator, innovator, educator, and staunch patient advocate at CHOP. Known for both his passion and compassion, he was beloved by his patients and their families.  Dr. Canning’s professional motto was, “Start with the child and move out from there.” He was a mentor to countless members of the CHOP community, as well as pediatric urologists nationally and internationally.

“Doug was deeply committed to his patients and their families, many of whom had his personal cell phone number on speed dial,” said CHOP Surgeon-in-Chief Dr. N. Scott Adzick, a long-time friend and colleague. “He worked tirelessly to ensure that each patient he encountered received the best possible care. And he brought out the best in everyone.”

Dr. Canning was a world-renowned expert in bladder and cloacal exstrophy and hypospadias, rare urological conditions that require sophisticated care. In 2010, Dr. Canning and colleagues at CHOP, Boston Children’s Hospital, and Children’s Hospital of Wisconsin launched the Multi-Institutional Bladder Exstrophy Consortium (MIBEC), a group dedicated to improving care and functional and cosmetic outcomes of children with all forms of bladder exstrophy, a complex birth defect in which the bladder develops outside the fetus.

In addition to leading CHOP’s Division of Urology, he was also Vice-Chair for Clinical Affairs in CHOP's Department of Surgery, as well as Professor of Surgery in the Perelman School of Medicine at the University of Pennsylvania.

“Doug took such joy in being able to make a difference in the world,” said his wife, Annabelle. “But even with all he did to help others, he was always so humble. He would be the first to brag about other people and their accomplishments, but never about himself.”

Dr. Canning was born in New London, CT in 1957 to William John Canning, an architect, and Marian Toner Canning, a nurse. He grew up in Groton, CT and attended Robert E. Fitch High School before leaving for New Hampshire to attend Dartmouth College, where he earned his undergraduate degree in chemistry in 1979. He applied to medical school and was accepted to Dartmouth’s Geisel School of Medicine.

During his senior year at Dartmouth College, he met Annabelle Brainard, who was a sophomore at Dartmouth studying history. When he returned to Hanover in the fall of 1979 to attend medical school, he and Annabelle began what would be a 43-year romance. They married in 1982 in Princeton, NJ, a week after he graduated from medical school.

Dr. Canning accepted an Armed Forces Scholarship for his post-graduate urology training at the Naval Medical Center in Bethesda, MD. After his internship and residency, he pursued a pediatric urology fellowship at the Brady Urological Institute at Johns Hopkins in Baltimore. He then served in the U.S. Navy at the Naval Medical Center in San Diego for four years before returning to the East Coast in 1992 to work at CHOP. He became the Chief of the Division of Urology in 1997.

At CHOP, Dr. Canning directed one of the largest and most comprehensive pediatric urology programs in the world. Under his leadership, CHOP’s Division of Urology grew to 12 surgeon-scientists and 21 Advanced Practice Health Professionals and established six endowed chairs. A testament to Dr. Canning’s passion for teaching and mentorship, the CHOP Urology academic program trained more than 30 fellows and more than 100 residents during his tenure.

Dr. Canning received numerous professional awards and accolades recognizing his excellence in teaching and medical practice. He also served as president of the Society for Pediatric Urology and the Society of Academic Urologists.

But despite his many achievements, it was his family that made him the proudest.

“Doug was a hero to many, but it was his family that gave him the most joy,” Dr. Adzick said. “He adored his wife and children.”

Although he worked long hours at the hospital, he put his family first, always answering their calls no matter what else he was doing. He was known for cooking over the outdoor grill in his doctor’s coat after work and commanding a dinner table with his warm eyes and infectious smile. He loved good food, good music, and adventures, but what truly brought him joy was sharing those experiences with family and friends.

“He had a real connection with nature, and so many of our adventures as a family involved nature in some way,” said his son, John.

Whether it was skiing with family, sailing with friends, cycling with his wife, fishing and hunting with his brothers and children, or running his dogs in the morning, he shared his love of nature with others, making every adventure an opportunity to create new shared stories. Yet his love of nature extended beyond experiencing its diversity and grandeur. In the same way that he saw medicine as a way of helping the world, he saw a role for himself in improving his physical surroundings. He meticulously filled bird feeders around his house and picked up trash in his neighborhood.

“He often spoke in nature metaphors,” said his daughter, Caroline. “He had such an appreciation for the natural world, whether it was an eagle’s nest he spotted near our house or something as simple as snowflakes on his windshield.”

“He was the kind of person who truly appreciated the little things in life,” added his daughter Maddy, Caroline’s twin. “He always encouraged us to do the same – to stop and smell the flowers and remember all there is to be grateful for.”

His love of nature extended to his love of animals, particularly Brittany dogs, of which he owned seven over the course of his lifetime: Ben, Luke, Vicky, Jackie, Sophie, Lilly, and Daisy. He took the dogs with him everywhere, regardless of the outing, and considered them members of the family, treating them with the same unwavering affection he showed his wife and children.

Each year, Dr. Canning would send a holiday letter that, at its core, was a love letter about his family to his friends. He would often begin with a meditation on nature in wistful, lyrical prose.

Then he would provide updates about his children, describing their lives and achievements with tenderness and admiration: John, his eldest (“He still has his open smile and easy grin. He reasons carefully, and though he flatters us when he asks our opinion, is quietly confident and good at making himself happy.”), and his twin daughters, Caroline (“She is happier than most of us most of the time. She is a ‘giver’ in the purest way. When she writes you a card, she writes small and fills the front and back and the margins.”) and Maddy (“Maddy is a vigorous advocate for those she loves. There is no one you would want on your side more than Maddy whether in an argument or when seeking advice. No one could want a better friend.”).

In his letters, he would write of Annabelle with devotion and gratitude, his continuing love for her leaping from the page.

“Annabelle is simply wiser than the rest of us,” he wrote in 2015. “No regrets. She seems to relish the passage of time. She embraces the changes she sees in all of us. And her endorsement helps us enjoy it as well. With her help, we venture out each day a little stronger and more determined to make a difference. She is at once cheerleader, player and coach. She makes us all feel special and deeply happy. For that we are grateful and love her.”

What came through most in his letters was his unwavering appreciation for his life: his family, his dogs, his job, and the natural world around him. He was a man who wrote down three good things every day to appreciate life, believing that principles, humility, and gratitude were the key to happiness. Those values shone through, not only in his letters but also to anyone who met him.

In December 2020, in the throes of the COVID-19 pandemic, he reflected on how the past year had made him embrace those values even more.

“I am lucky,” he wrote. “I am surrounded by people and creatures who care about one another.  My work excites me. My partners and I are closely aligned. This year, more than usual, I notice that people are generous and resilient both at the hospital and at home. We learned a lot this year.”

Dr. Canning is survived by his wife, Annabelle Brainard Canning; his son, John Schaffer Canning and daughter-in-law, Alexia Katrine Pereira; his twin daughters, Caroline Ellen Canning and Anne Madeline Canning; his brothers William G. Canning and Peter D. Canning; and many other relatives, including many nieces and nephews.

In lieu of flowers, the Canning family would like to ask for all who loved Doug to consider donating to an endowed fund at Children’s Hospital of Philadelphia, which will ensure his life’s work for pediatric urology patients will continue for many generations to come.

Or, make your gift by mailing a check to the Douglas A. Canning Endowed Fund:
Children's Hospital of Philadelphia Foundation
P.O. Box 781352
Philadelphia, PA 19178-1352
Memo line: In memory of Dr. Doug Canning

To send flowers to the family or plant a tree in memory of Douglas Canning, please visit Tribute Store

Look inside to read what others have shared
Family and friends are coming together online to create a special keepsake. Every memory left on the online obituary will be automatically included in this book.
View Tribute Book
Services for Douglas Canning
There are no events scheduled. You can still show your support by sending flowers directly to the family, or planting a memorial tree in memory of Douglas Canning.
Visit the Tribute Store