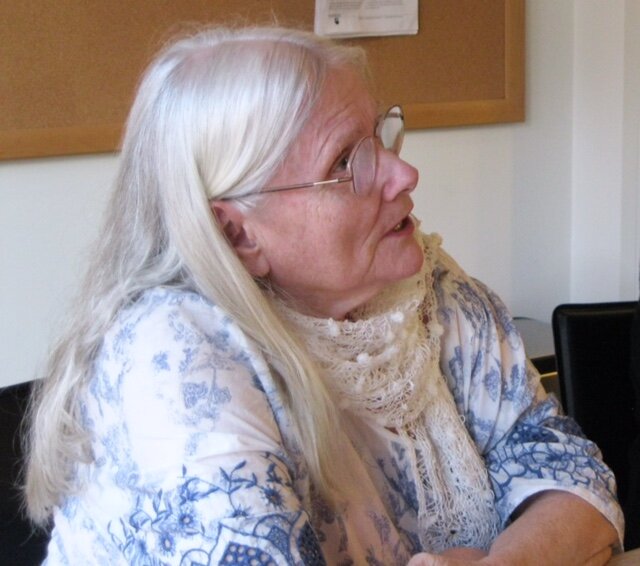 Please share a memory of JoEllen to include in a keepsake book for family and friends.
View Tribute Book

JoEllen Hathaway of Somerset, New Jersey was a long-time resident of Plymouth Meeting. She died at home on the evening of January 30, 2021, after a long illness.

JoEllen was the daughter of James and Margaret Obrecht, and the granddaughter of Emil (grandpop) Obrecht. She attended St. Matthews High School and Chestnut Hill College. She graduated from Chestnut Hill in 1965 and moved to Hamilton, New York to do her graduate work at Colgate University. It was there that she met her husband, George, whom she married July 15, 1967.

It was at Chestnut Hill where she developed a passion for teaching.  She did her internship in Utica, New York, taught for a year in Norristown, and then moved with George to Columbus, Georgia.  She taught in a previously all white high school in Phenix City, Alabama during the turbulent years of desegregation. It was there that she experienced the impact of inequality and developed a need to help people fix those wrongs.

After George’s discharge from the Army, they moved to the Harrisburg area for a couple of years and then settled in Ardmore for several more. They relocated to Glens Falls, NY for two years and then moved to Somerset, NJ in 1981 where she lived until her death. Despite the moves, she always considered Plymouth Meeting her home.

Regulatory issues precluded JoEllen’s continuation of her teaching career and so JoEllen rededicated herself to advocating for animal rights. She focused her time her time rescuing, fostering, and homing abandoned cats. This was not a sudden decision. As a child she had a habit of bringing home stray cats and critters, much to the chagrin of her parents. Her experience in the deep south, with the inspiration of St. Francis, materialized in her need to help those whom society had neglected.

It was in Georgia that her beloved Toby found her. Toby has been patiently awaiting her arrival at the rainbow bridge. JoEllen passed with the knowledge they would be reunited with the blessing of St. Francis.

As a leader, JoEllen developed a strong network of rescuers in central New Jersey, several of whom are still quite active. She never thought of herself as a leader, but she demonstrated all the attributes of one who could plan and organize people and activities. She specialized in newborn kittens and special needs cats. Her most recent, four blind kitties, miss her dearly.

JoEllen is survived by her husband George, her sister Susan Ruth, and her nephews Kevin and Christopher Obrecht. Her brother, David, predeceased her.

Services will be held at Lownes Family Funeral Home at 2:00PM on Saturday, January 8, 2022. She will be interred at Washington’s Crossing National Cemetery at a later date.

In lieu of flowers the family suggest donations to either Alley Cat Allies (https://www.alleycat.org), or the Tunnels To Towers foundation (https://www.t2t.org).

To send flowers to the family or plant a tree in memory of JoEllen Hathaway, please visit Tribute Store

A Memorial Tree was planted for JoEllen
We are deeply sorry for your loss ~ the staff at Lownes Family Funeral Home
Join in honoring their life - plant a memorial tree
Services for JoEllen Hathaway
There are no events scheduled. You can still show your support by sending flowers directly to the family, or planting a memorial tree in memory of JoEllen Hathaway.
Visit the Tribute Store
Print
Online Memory & Photo Sharing Event
Online Event
About this Event