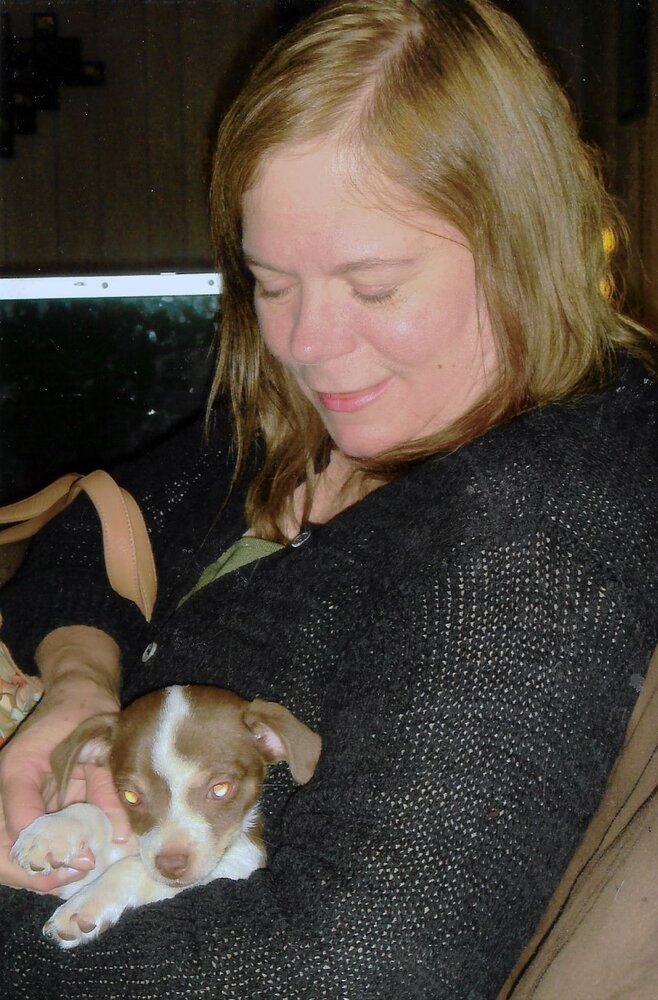 Please share a memory of Jacqueline to include in a keepsake book for family and friends.
View Tribute Book

Funeral service will be held at Lownes Funeral Home in Lafayette Hill on Monday Jan. 10 at 11 a.m., with Monseigneur Vance of St. Philip Neri Church officiating. Burial will follow at Calvary Cemetery in Conshohocken PA. Visitation and viewing will be held at Lownes on Jan. 10, in the hour preceding the actual service. Because of COVID, all attendees must be fully masked at all times (nose and mouth covered, cloth bandanas not compliant) while indoors.

Jacky was born July 22, 1948, in Washington DC as the first of five children of William and Louise Epes. She graduated from Villa Maria High School in 1966 and attended Rosemont College thereafter, until marriage and two children interrupted her education. Eventually she returned to school and in 1997 earned a bachelor’s in communication arts with top honors at Villanova.

After her divorce she raised two young children while working as an insurance underwriter and later spent 15+ years at Verizon. She was a passionate animal lover who adored her dog Harvey and volunteered several years at Faithful Friends Animal Society in Wilmington, DE.

Memorial donations may be made to the SPCA, Make a Wish Foundation, American Cancer Society or National Parkinson Foundation. The family wishes to extend their gratitude to Aseracare Hospice of Exton, PA, whose staff made Jacky’s final days much more comfortable.

Jacky was universally recognized as “one of the sweetest people you will ever know,” with a sunny disposition and a tendency to put others first. Even when she lay dying of cancer, she expressed concern about her siblings and was always thankful for visitors. She loved to send people birthday cards, even to new acquaintances.

Jacky loved music from an early age, dancing and singing to the Lion Sleeps Tonight as a kid, collecting edgy albums and later attending concerts for The Cure and Stereolab with her son Christian. She was a skilled cook and avid gardener, loved antiquing in New Hope and always knew where the coolest restaurants were in suburban Philly. Even when raising two children as a single mother with an exhausting job, her apartments were always lavishly decorated for Christmas. She took a childlike joy in everything, especially her one and only trip to Europe with her sister Kathy. She cried when her fish died and coexisted peacefully with the occasional rodent at her ramshackle stone house in Exton.

Jacky could also be exasperating. She was chronically super-late for dinners and appointments; took forever to say goodbye and swamped phone inboxes with long messages; struggled to make simple decisions such as ordering in a restaurant; and was an inveterate packrat whose clutter made negotiating her home an adventure. Yet you couldn’t help but love her. Once, when attending an Eagles game against the hated NY Giants, Jacky blithely started cheering for the Giants because “she liked both teams.” Yet the famously vicious Eagles fans high-fived her since they could see she was only being fair-minded.

Jacky was a wild motorist; most of her cars accrued big dents and dysfunctional parts. Once she showed up (late) for a dentist appointment with a bird’s head impaled on her hood after she accidentally collided with the bird.

Since New Year’s Day 1997 she had her beloved friend Jerry as a constant companion. We are all grateful for Jerry’s care for Jacky, including shuttling her to medical appointments near the end, taking her on her last trip to the Jersey shore and visiting her frequently in hospice.

For all that, what lingers is Jacky’s sweetness. While dying of cancer she never complained, and despite years of struggle as a single mom, she never expressed bitterness about her situation. To the end, she retained her trademark sense of humor; just months before passing she drew visitors close while talking about her nursing home physical therapist, whispering with a smile, “he gets really mad if I don’t follow orders. He looks like Hitler.” We will all miss her.

The link provided below will be available at the time of the service to view a livestream of the event:

To send flowers to the family or plant a tree in memory of Jacqueline Hasso, please visit Tribute Store
Print
Monday
10
January