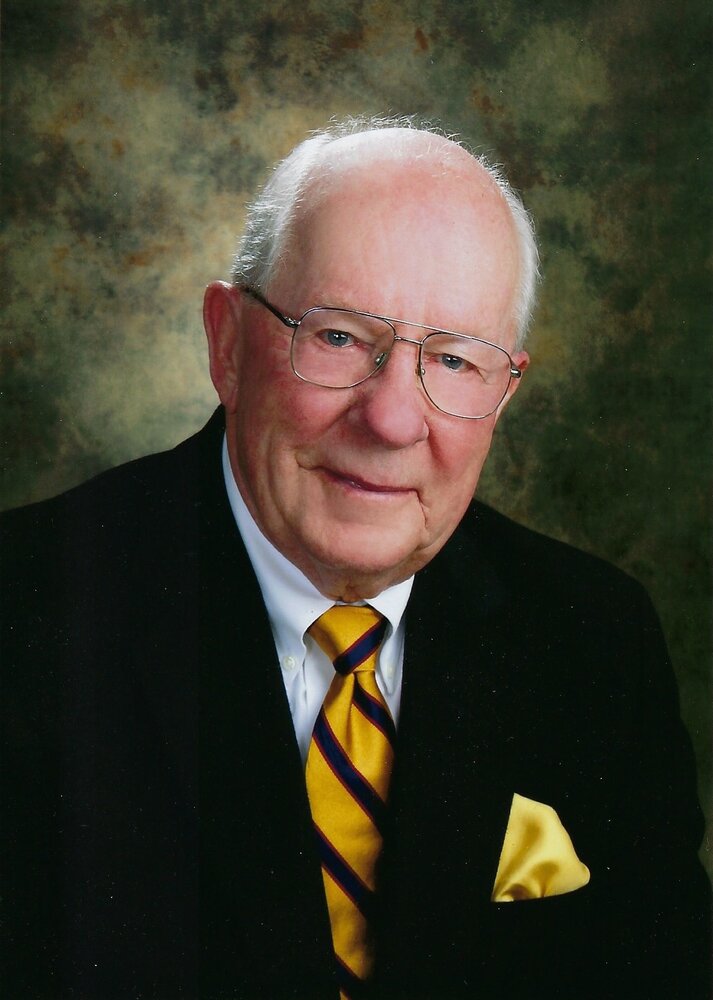 Please share a memory of Edwin to include in a keepsake book for family and friends.
View Tribute Book

Edwin M. McKeon of Lower Gwynedd, PA formerly of Bethlehem, PA passed away after a brief illness on December 31,2021. He was 91 years old. Born in Philadelphia on January 17, 1930, Ed was the eldest child of the late Edwin A. and Mary Houlihan McKeon. He was raised in the Mount Airy section of Philadelphia and graduated from Holy Cross Catholic Grade School. Ed graduated from St. Joseph’s Prep in 1947 and was a graduate of St. Joseph’s University in 1953. Upon graduation, he enlisted in the U.S. Marine Corps OCC program. Ed proudly served his country as a Marine for nine years rising to the rank of Captain. On St. Patrick’s Day 1954, Ed married the love of his life, Joan Gallagher McKeon. They enjoyed over 65 years of marriage until Joan’s passing in 2020.

Mr. McKeon was the founder of Construction Equipment Guide in 1958 which became the leading national newspaper for the construction industry. The publication began as a local market newspaper in the Mid-Atlantic states, eventually expanding to become a national publication. Today, his three sons manage the business. Ed also founded a construction trade show company and owned a New York Public Works magazine. In the early 60’s, Ed founded the Delaware Valley Golfer which covered the local golf scene. He sold the publication after three years to focus on the construction publication.

Mr. McKeon was a proud graduate of both The Prep and The College and felt his Jesuit education helped him excel both professionally as well as personally. He was honored to be named St. Joseph’s Preparatory School’s Alumnus of the Year in 2013.

Aside from his family, Ed’s real passion was golf. He was a member of St. Joseph’s Prep and St. Joseph’s University’s golf teams. As a member of Cedarbrook Country Club, The Landings Club on Skidaway Island and Saucon Valley Country Club, Ed enjoyed decades of golf with his cohorts. Ed joined The Fairway Club in 1965 and enjoyed the finest golf courses in the region as well as the social activities of the club for over 55 years. He was a past president as well as a golden member. He was also a Life Member of the Philadelphia Seniors’ Golf Association, The International and American Seniors Golf Associations. One of Ed’s proudest accomplishments is that he played over 500 golf courses around the globe.

Visitation will take place on January 7, 2022 from 9:30am to 11:00am at St. Philip Neri Catholic Church, 437 Ridge Pike, Lafayette Hill, PA. A funeral Mass will begin at 11:00am. Live streaming will be available. Interment following at Holy Sepulcher Cemetery. Masks and social distancing are requested.

In lieu of flowers, memorial contributions may be made in Ed’s memory to: St. Joseph’s Preparatory School, 1733 W.Girard Ave., Phila., PA 19130

To send flowers to the family or plant a tree in memory of Edwin McKeon, please visit Tribute Store
Friday
7
January

Share Your Memory of
Edwin
Upload Your Memory View All Memories
Be the first to upload a memory!
Share A Memory
Send Flowers
Plant a Tree