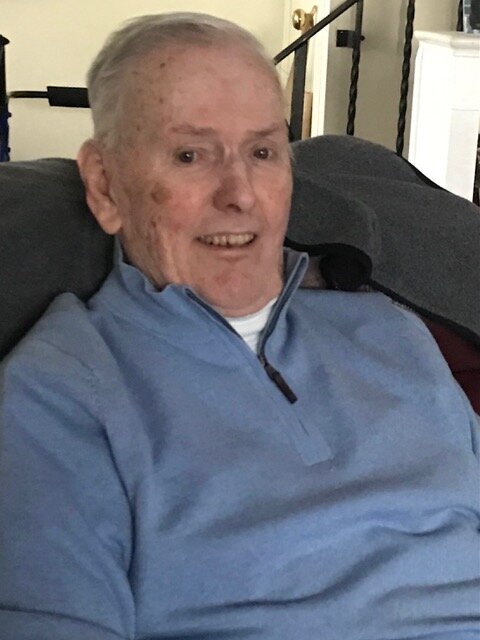 Please share a memory of Francis to include in a keepsake book for family and friends.
View Tribute Book

Francis M. (Frank) Ganley 87, of Flourtown, PA passed away peacefully on November 16, 2021. He was born on May 8, 1934 in Philadelphia, the son of Teresa and Edward Ganley and youngest of four boys.

Frank grew up on East Oak Lane and attended St. A’s grade school. He enjoyed many childhood summers in Ocean City, New Jersey. In later years, he worked as a police officer there.

He was a graduate of La Salle High School and received a BS degree at La Salle University in Philadelphia. As a proud La Salle Explorer alumnus, he received special recognition when he commemorated his golden jubilee from high school. Frank served in the Army as a military police officer for two years and in the Army Reserve for six years. For 60 years, he worked as a manufacturing sales representative.

Frank was an avid golfer and sports enthusiast.His love of golf was shared with his family and he was a fierce competitor. He loved coaching childrens’ golf and basketball. He was known for his Irish wit and a quick joke. A recent DNA test proved him to be 99% Irish! He was a member of St. Philp Neri Church in Lafayette Hill, PA for over 62 years.

Frank’s faith, family and friends brought much joy to his life and his legacy will live on in the hearts of the people he touched.

The link below will be made active to live stream the funeral on the morning of the service.

For those who wish to pay their respects, the family asks that you are fully vaccinated for COVID 19.

To send flowers to the family or plant a tree in memory of Francis Ganley, please visit Tribute Store
Saturday
8
January

Share Your Memory of
Francis
Upload Your Memory View All Memories
Be the first to upload a memory!
Share A Memory
Send Flowers
Plant a Tree