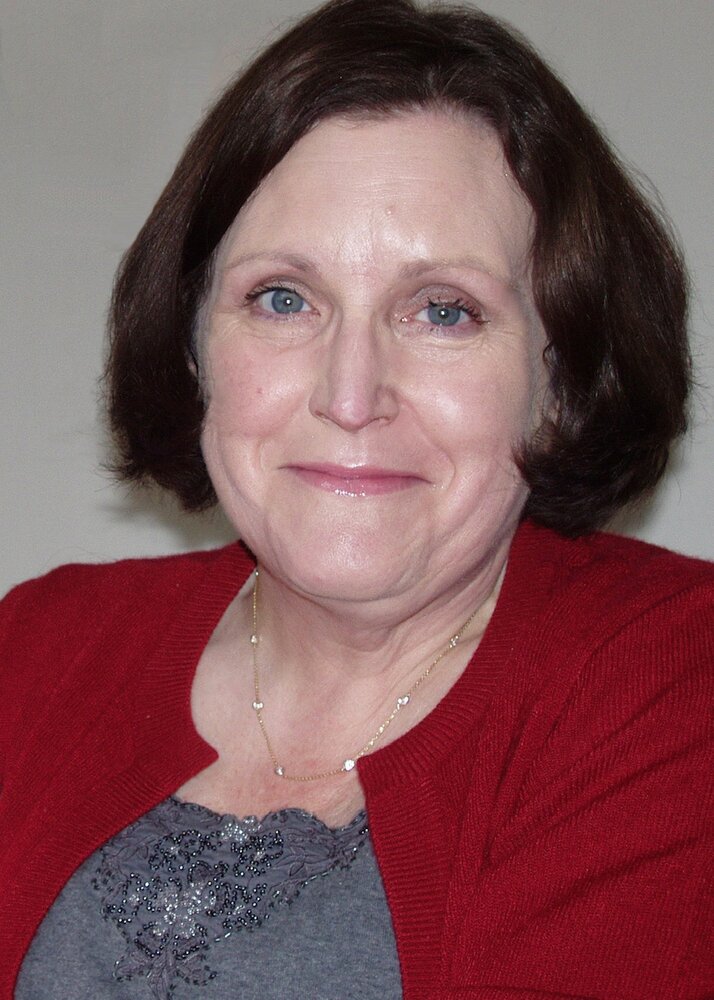 Please share a memory of Anna to include in a keepsake book for family and friends.
View Tribute Book

Kate's academic forte was the Humanities. She chose to study at Rosemont, a small women's liberal arts college founded by the Sisters of the Holy Child Jesus in a picturesque area of Philadelphia. This was fine by her father ... as long as she broadened her horizons by spending a year abroad. Kate chose Durham University. She loved the city and the experience, and vowed to return to England for her Masters. This was in Shakespeare Studies at the University of Birmingham. There, in the summer of 1976, she met Gwyn.

Returning to the United States, Kate taught at two Catholic high schools while a transatlantic romance and many visits led to marriage in Philadelphia in November 1978. Moving to Haslemere, Surrey, Kate became a commuter - to the London offices of the Daily Mail. Her job was to sell and help write holiday advertising. After Patrick was born in 1982 Kate's plan was to return to teaching, part time, to help children with learning difficulties. After studying for a Diploma Kate taught at Whispers, an independent girl's school. Gerard was born in 1985 and Gemma in 1990. As a catechist she introduced and led the parish's First Holy Communion programme. She juggled these facets of her life with much support from the community of Our Lady of Lourdes, especially when Gwyn was at sea for weeks at a time.

After moving to Southampton in 1995 Kate joined the staff of Embley Park School, Romsey, as a special needs teacher, and later special needs coordinator. She loved the work, the pupils, the people, the location and the atmosphere in what had been Florence Nightingale's country house. Latent MS ended Kate's career, but she took enormous satisfaction in hearing many stories of how her former pupils were making their way in the world.

Kate was a very proud grandmother to Livvie and Harry, even when, very weak in what were to be her final days, she would smile and laugh over photographs and videos of them at play

To send flowers to the family or plant a tree in memory of Anna Griffiths, please visit Tribute Store
Wednesday
15
September

Share Your Memory of
Anna
Upload Your Memory View All Memories
Be the first to upload a memory!
Share A Memory
Send Flowers
Plant a Tree