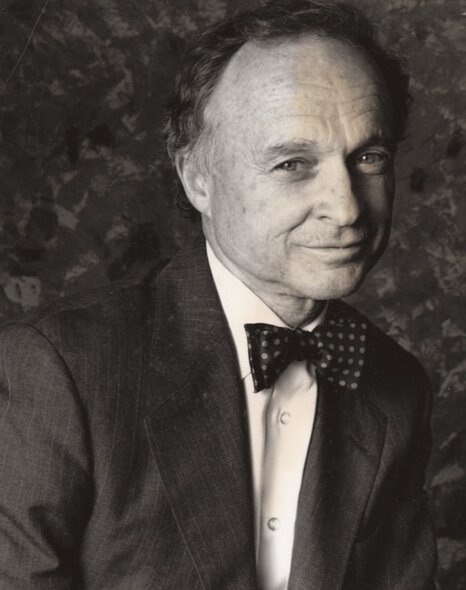 Please share a memory of Theodore to include in a keepsake book for family and friends.
View Tribute Book

Theodore M. Regan, Jr., 90, passed peacefully on Sunday,
August 29, 2021, at home surrounded by his wife and
children. He was the oldest son of Theodore M. Regan, Sr.
and Mary Dorothy Weir Regan.
Ted was born in Philadelphia and attended LaSalle
College High School. After graduation, he joined the
Marines, where his tour of duty was completed by the end
of the Korean War in 1952. Ted attended Haverford
College, where he excelled in multiple sports, especially
football, earning 14 Varsity letters and several MVP
awards.
In 1956, Ted joined the NW Ayer advertising agency in
Philadelphia as a copywriter. Ted had found his true
passion and calling. He stayed at Ayer for 35 years,
working on the creative side in this fast-paced industry. He
worked on many of the agency’s blue chip accounts,
including DuPont, De Beers Diamonds, TV Guide, AT&amp;T
and Scott Paper. But his most recognized work was for the
US Army as the Army went from draft recruitment to an all-
volunteer branch of the service. The campaign was a
major recruiting success, especially in the midst of the
Vietnam war, and the agency (and Ted) received many
awards, including a Clio for the slogan “Be All You Can
Be”.

In 1958,Ted married Mary Anne Trainer (also of
Philadelphia) after a whirlwind 6-month romance and said
of their almost 63 year nuptials that there was never a day
when he didn’t adore her. Ted and Mary Anne raised their
5 children in Radnor and stayed there even after Ayer
moved to New York in 1975. Ted made the commute to
Manhattan daily until his retirement in 1991. The couple
and their children also enjoyed spending time in Barnegat
Light, NJ where they built memories with family and a host
of friends. Ted loved the ocean and enjoyed nothing more
than a swim at the end of the day.
In retirement, Ted turned his attention to the things he
loved best in life - his wife, children, grandchildren, golf at
Merion, travel, sports, old movies on TV, crosswords,
games and newspapers. He never missed a good party,
never saw an ad he didn’t want to rewrite, and never
passed up the chance to be with old friends who were
many and varied. Ted and Mary Anne’s home was warm
and inviting where the door was always open and a
cocktail ready to be poured. Ted was famous for his
nicknames and “cackle” and if he called you “kid” it was
the ultimate compliment. He was a man of great faith and
strongly believed in the power of prayer. He was well loved
and will be greatly missed.
In addition to Mary Anne, Ted is survived by three
daughters - Tracey Papariello (Tak), Ann Papariello
(Chris), Alison Edwards (Neill), a son, Jeffrey (Ellen),
eleven adored grandchildren - Courtney, Regan, Sarah,
Michael, Brendan, Madison, Christiane, Sean, Desmond,

Katherine and Ben and his brother, Tom. He was preceded
in death by their son, Teddy, and his brother, Lee.
A Mass of Christian Burial will be held at 11:00 AM on
Saturday, September 4, 2021 at Saint Katharine of Siena
Church, 229 Windermere Avenue in Wayne. There will be
a visitation beginning at 10:00 AM.

In lieu of flowers, contributions may be made in Ted’s
memory to St. Katharine of Siena Church, or the J.Wood
Platt Caddie Scholarship Trust.

To send flowers to the family or plant a tree in memory of Theodore Regan Jr., please visit Tribute Store
Saturday
4
September

Share Your Memory of
Theodore
Upload Your Memory View All Memories
Be the first to upload a memory!
Share A Memory
Send Flowers
Plant a Tree