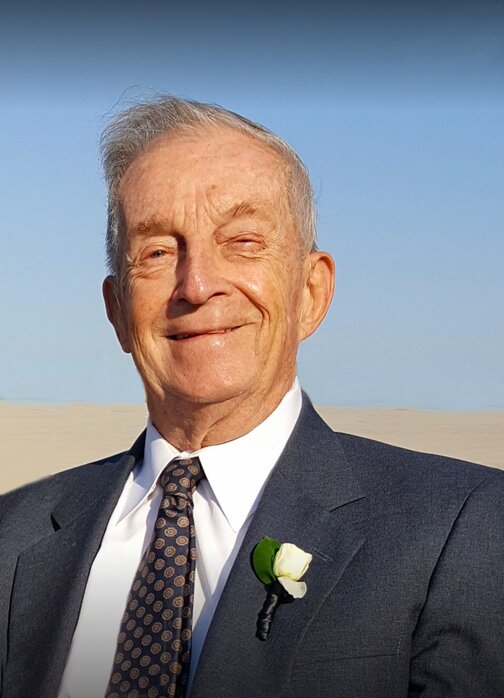 Please share a memory of Edward to include in a keepsake book for family and friends.
View Tribute Book

Pete was an only child born in Philadelphia to Edward and Elizabeth on July 7, 1933. He went to high school at Germantown Academy and graduated in 1951. He went on to earn a bachelor's degree in Economics from Lafayette College and an MBA from Drexel University. Pete met Penny (Ruth Burchard), his wife of 65 years, at a dance when he was at Lafayette and she was a student at Centenary College.  He worked as a Financial Officer for Fidelity Mutual Life for 20 years.  Pete loved sports including playing golf and following the Philadelphia Eagles, Phillies and Flyers.  Having received Christ as Savior as a teenager, Pete was involved in various activities as fruit of his relationship in Christ, most recently through his involvement at Church of the Savior.

Pete is survived by his wife, Penny, of Audubon.  Survivors include his grateful children (and spouses) Parker, Debbie (Randy Catanese), Ted (Cheryl) and Bill (Diana).  Pete has eight grandchildren (plus spouses) including TR (Jenna), Paige (Jack Baumann), Seth (Elise), Quinn, Jay, Micah, Nathanael and Jeaniana.  Pete is also the glad great-grandfather of nine including Seth and Elise's daughter Annabelle Mae Catanese who was born the day before Pete's homegoing.

To send flowers to the family or plant a tree in memory of Edward Meadowcroft, please visit Tribute Store
Print
Saturday
28
August