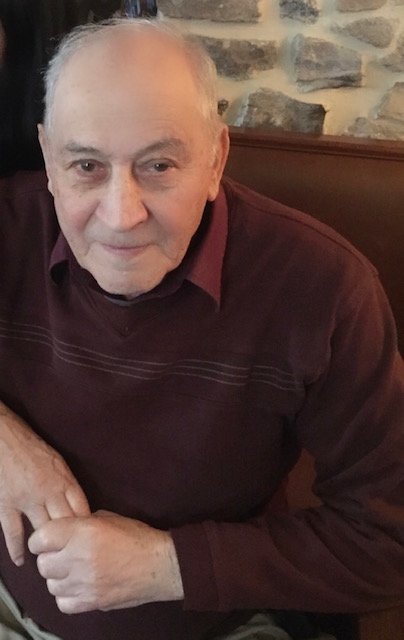 He was preceded in death by son John G. Perri and great grandson Leo.

John was a Navy Veteran who served in World War II. John was truly gifted, having worked as an automotive mechanic, plumber, and electrician before finding his true passion in heating and air conditioning. He was a custom HVAC contractor who built his business from the ground up. He was known for being innovative and utilizing unconventional techniques, such as building sheet metal by hand. He was passionate about his profession and was sought after by builders and private homeowners for his ability to install systems where no one else could. He was involved in every aspect of his company for close to 60 years and continued consulting into his early nineties. He was known throughout the Philadelphia region not only for his expertise but also for being a fair businessman. He was charitable and always available to help someone in need.

John was the Patriarch of the Perri Family, being the oldest living Perri in the United States, Italy and Brazil. Family and friends meant everything to John. He spent most mornings sharing coffee with friends and lived for Sunday dinners at his sister Rose’s, family celebrations, and especially his birthday parties!

John lived his life with integrity, kindness, and humor until his last day.

We will celebrate and commemorate the life and legacy of John at a Funeral Service that will be held on Monday, Jun 28 at 11:00 AM at Lownes Family Funeral Home 659 Germantown Pike, Lafayette Hill

To send flowers to the family or plant a tree in memory of John Perri, please visit Tribute Store
Monday
28
June