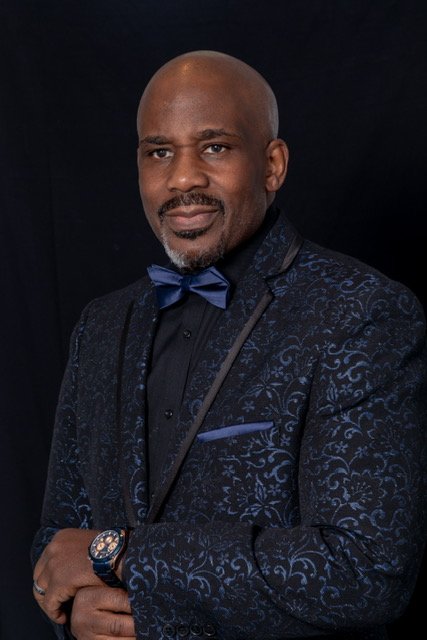 ROBERT NEAL, SR. was born August 8, 1962 to Lorraine (Johnson) and Robert Spann in Philadelphia, Pennsylvania. He took his heavenly rest surrounded by his loving family on January 22, 2021. Robert was educated in the Philadelphia School District and attended West Philadelphia High School, and later obtained his specialized associates degree in Network Maintenance from The Chubb Institute in Springfield, Pa. Robert met the love of his life Natalie Forbes Neal April 1988 and married November 6, 1988. Their little family was made with daughter Shatele Lorraine Rolland and grew with the addition of Jasmine La’Shelle Neal and Robert Solomon Neal, Jr.

Robert was completely committed to his family and lead by example in every way. Robert was a loyal friend and made new friends easily. Robert would strike up conversations with strangers everywhere he went. Robert was highly intelligent and could fix just about anything. With his love of computers, he built custom high-speed computers. In addition, he had a longtime career in the Information Technology field including working for Topcall International where he traveled internationally including Japan, England and Austria. Shortly thereafter, he along with his wife Natalie, created Glass Slipper Productions, an award-winning company specializing in wedding and special event video and photography. He was a technical expert in video production and served on the Panasonic New Development committee through WEVA (Wedding Event Videographers Association) International where he was a proud member for over a decade. Robert was also a member of the Greater Philadelphia Videographers Association. Robert was an avid motorcycle rider. He enjoyed riding more than anything, often riding with his cousin Burton Pryor and dear friend Casey Davis. They brought their wives along and formed the “Lone Wolf No Club, Club”. Most recently, and with great pride, Robert officially joined the Latin American Motorcycle Association. He was a proud LAMA! Robert and Casey rode their motorcycles from coast-to-coast multiple times. It was their “wind therapy” wracking up over 10,000 miles in the year 2020 alone.

Rob also took great joy in being ordained and marrying many friends and children of friends.

There will be a private memorial service held on Saturday January 30, 2021 at 3:00 pm with a livestream available at the link below:

To send flowers to the family or plant a tree in memory of Robert Neal Sr., please visit Tribute Store

Look inside to read what others have shared
Family and friends are coming together online to create a special keepsake. Every memory left on the online obituary will be automatically included in this book.
View Tribute Book
Services for Robert Neal Sr.
There are no events scheduled. You can still show your support by sending flowers directly to the family, or planting a memorial tree in memory of Robert Neal Sr..
Visit the Tribute Store

Share Your Memory of
Robert
Upload Your Memory View All Memories
Be the first to upload a memory!
Share A Memory
Send Flowers
Plant a Tree