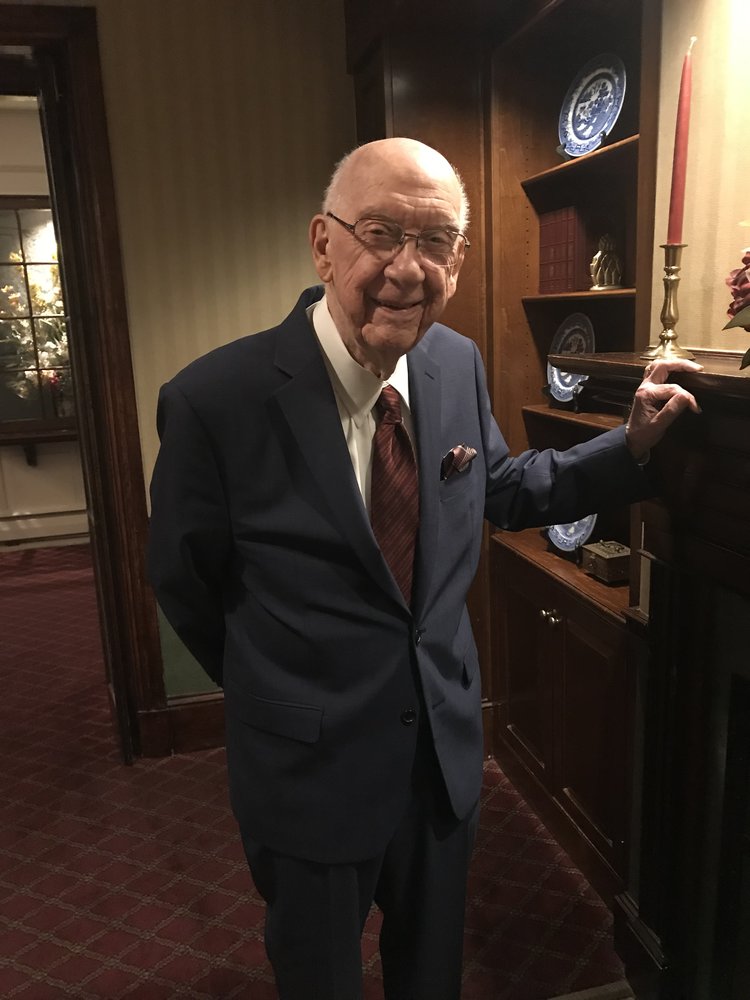 Please share a memory of Angelo to include in a keepsake book for family and friends.
View Tribute Book

Angelo J. Amoroso, 85, passed away on Saturday, October 10, 2020 surrounded by his family.  Angelo was born in South Philadelphia on May 20th, 1935 to Manfredi and Jennie (Amodeo) Amoroso. He is survived by his loving wife of 61 years, Judy (DeGeorge), daughter Judy Rabik (Gary), son Mark (Lauren) and four grandchildren: Allison Rabik, Amanda Conte (Matthew), Michael and Luca Amoroso. He is also survived by his brother Manfredi aka “Skip”, a niece and a nephew. He was preceded in death by his sister Dorothy Buchianico.

Growing up near the Italian Market at 10th and Christian Streets, Angelo attended Saint Paul’s School. He attended Southeast Catholic High School, now Saints John Neumann and Maria Goretti Catholic High School and went on to La Salle College (University) where he graduated in 1957 with a liberal arts degree. Angelo worked at Fante’s Kitchen Shop while in school where he held various positions in the family run store. As a chaperone at a graduation dance, he met who would become the love of his life, Judy. Ange and Judy wed in 1959. They settled in Drexel Hill, PA in Saint Bernadette’s Parish where they spent many happy years, eventually moving to Plymouth Meeting to be closer to their children and grandchildren. Angelo was a devoted husband, father and grandfather who took great pleasure in spending time with his grandchildren - - he made everyone laugh with his quick wit.

Angelo had a long career in the banking industry starting at Colonial Federal Savings and Loan where he advanced to become president. Upon retiring from banking he quickly learned (after about a week) that retirement was not his cup of tea and spent the next decade working for AAA as a retail service agent.  At AAA, Angelo used his warm, outgoing personality to help customers with member services.

Angelo loved the theater and music.  He especially relished playing the comedic roles in high school plays, earning him the nickname “Dapper Dan Amoroso”. For years he tried learning to play classical music on the piano. Angelo was a man of great faith who volunteered his time as a lector and member of the Finance Committee. When he and Judy moved to Plymouth Meeting he was an usher at Saint Philip Neri. He and Judy also enjoyed traveling and Italy was definitely their favorite destination.

His funeral mass will be Friday, October 16th at 11AM from St. Philip Neri Church, 437 Ridge Pike, Lafayette Hill, PA 19444. There will be a visitation from 10-11AM at the church. Interment at Calvary Cemetery. Memorial donations may be made to St. Philip Neri Church or Saint Jude Children’s Research Hospital, 262 Danny Thomas Place, Memphis, TN 38105.

To send flowers to the family or plant a tree in memory of Angelo Amoroso, please visit Tribute Store
Friday
16
October

Share Your Memory of
Angelo
Upload Your Memory View All Memories
Be the first to upload a memory!
Share A Memory
Send Flowers
Plant a Tree