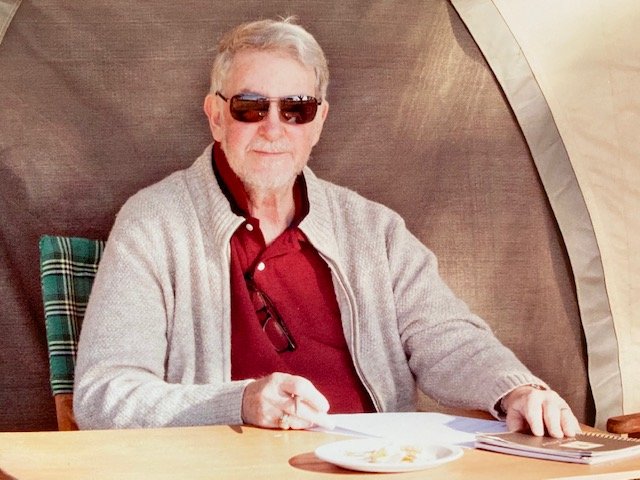 Dr. George Stark Layne, 75, passed away in the comfort of his Flourtown, PA home, surrounded by family, on October 6, 2020.

Dr. Layne was born on November 10, 1944 in Detroit, Michigan. He grew up in the Detroit suburb of Oak Park, graduated from Wayne State University and later the University of Michigan Medical School. Dr. Layne began his career in medicine with the United States Public Health Service. As a uniformed physician, he remembered fondly a sail to Bermuda with the Coast Guard aboard the USCGC Gallatin. Dr. Layne’s medical career eventually brought him to Philadelphia where he studied psychiatry at the Institute at Pennsylvania Hospital. It was there that Dr. Layne met his wife of 44 years, Jo-Ellen Dolan Layne, then a nurse at the same hospital. George and Jo-Ellen were the essence of opposites attracting: George, a Jewish Harley Davidson rider from the Midwest, and Jo-Ellen, a well-traveled Irish Catholic from Philadelphia.

Dr. Layne was an exemplary husband, and father, but he was also an eccentric personality unlike any other. Friends will remember fondly his detail-oriented approach to roasting marshmallows, his surprising affinity for Irish whiskeys, and his curious sense of humor. Family vacations with Dr. Layne often took peculiar detours. Rather than revel in the splendor of the Eiffel Tower, he was more excited to wander the streets of Paris for the home of writer Gertrude Stein. Rather than relax on a beach chair at Sanibel Island, FL, he would prefer to don his binoculars and hunt for birds in the local mangrove forests. He maintained a substantial collection of 19th century Kodak cameras, and was known by historians around the world as “Captain Kodak.” Though different in many ways, George and Jo-Ellen shared a sense of adventure, which culminated in their trip of a lifetime, a 14-day safari to Tanzania.

Some may even recall Dr. Layne dressing himself in a top hat and 19th century wool suit to present the history of Dr. Thomas Story Kirkbride, the aforementioned Institute’s first chief physician. Like Dr. Kirkbride, Dr. Layne had an accomplished career in psychiatry rooted in compassion and respect. He was revered by colleagues and adored by his patients. He was a Distinguished Fellow of the American Psychiatric Association, and focused his career on adolescent psychiatry.

Dr. Layne was proud to pass to his sons his passion for the outdoors, whether it was fishing the humble banks of Wissahickon Creek, or teaching his sons to count birds in flight at the Militia Hill Hawkwatch. Dr. Layne’s sons remember vividly their father’s ability to call to owls in their Flourtown backyard (and get a response): the man literally spoke to wildlife.

Dr. Layne also instilled in his sons a passion for ice hockey and the sport consumed the Layne family for years. Like his son, Andrew, he was himself a goaltender, playing until his mid-fifties. He always chuckled when he recalled trying out for the University of Michigan’s hockey team, where he was asked by the coach “where are your goalie skates?” To which a naïve George replied “what are goalie skates?” Players at rinks throughout the greater Philadelphia area may recall Dr. Layne’s quirky sense of humor, but they will also remember his impressive historical knowledge of the game. He loved to tell stories of the heyday of the Detroit Redwings. To him, there were no better players than Terry Sawchuk and Gordie Howe, though after settling in Philadelphia, he quickly became a Flyers fan.

From the hawk watch to the hockey rink, Dr. Layne had an impact on all who knew him. You simply could not leave a conversation with this Renaissance man without learning something new (although this was usually something you may have never cared to know in the first place)! For some, Dr. Layne’s skill as a physician was a guiding light in their most trying times. Nobody will replace George in so many of our hearts, and those who knew him were made better for it.

To send flowers to the family or plant a tree in memory of George Layne, please visit Tribute Store

A Memorial Tree was planted for George
We are deeply sorry for your loss ~ the staff at Lownes Family Funeral Home
Join in honoring their life - plant a memorial tree
Services for George Layne
There are no events scheduled. You can still show your support by sending flowers directly to the family, or planting a memorial tree in memory of George Layne.
Visit the Tribute Store

Share Your Memory of
George
Upload Your Memory View All Memories
Be the first to upload a memory!
Share A Memory
Send Flowers
Plant a Tree