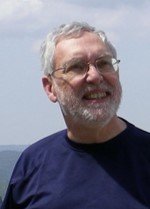 Please share a memory of Wesley to include in a keepsake book for family and friends.
View Tribute Book

Wes Michael was a man of great intelligence and curiosity.  He was always anxious to learn about as many things as possible, for his interests were wide and varied.  He was in touch with nature and loved the outdoors for its beauty and utility. He had a thirst for adventure and travel, which was a constant in his life from childhood on. His beautiful photographs represent a lifetime of observations.

Wes’s career was somewhat varied too. As a young man in DeLand Florida, he delivered newspapers on his bicycle for his father, who was the circulation manager at the local paper. Wes’s parents Ralph and Avis, his grandmothers, and his Aunt Virginia loved to travel and pursue adventures together as often as time and money allowed. Wes delivered telegrams for Western Union and milked cows at his uncle’s dairy farm while in school. After a 3-year stint with Army Intelligence and Security Service in Germany, where he was introduced to computers, he returned to earn his B.A. in Mathematics from the University of Florida, Gainesville. His first job was at NASA in Maryland, where he was part of the team that launched the first moon shot. Later, he worked on systems and computing for various industries including material handling, robotics, medical records, pension administration, and consulting. In the early years, he and his first wife, Kay Brown, and his son, Adam, lived in a log house and maintained a 13-acre farm in Berkley Springs, West Virginia.

Everyone who knew Wes loved and admired him. When he met Elly in 1991, he instantly became a member of her family. When grandchildren arrived, they were greeted by Gramps, who taught them so many things. Although very young, they attended Elly and Wes’s marriage ceremony in August 2000. The death of Wes’s son Adam was mourned in 2003.

Elly and Wes travelled the world together, experienced numerous adventures, and made friends around the globe. Those friends abroad and at home cherished knowing him, and he loved sharing his knowledge and zest for life with them. Wes will be sorely missed by his wife Elynor (Elly) Sass, as well as his stepchildren and their families: Shari, Paul and Emma Anisman; Geoff, Shelli, Thea, and Larry Sass-Ainsworth and Dietrich Sieling; and many cousins, colleagues, friends old and new, early classmates and so many others who crossed his path during his 79 years. We all will miss having him in our life so much. It was all too quick and too soon.

Wes once wrote to a cousin: Live your life without fear and see as much of the world and its people as you can. It will enrich your spirit and mind. It will make you see how blessed you are, to live in our wonderful country.

To send flowers to the family or plant a tree in memory of Wesley Michael, please visit Tribute Store

A Memorial Tree was planted for Wesley
We are deeply sorry for your loss ~ the staff at Lownes Family Funeral Home
Join in honoring their life - plant a memorial tree
Services for Wesley Michael
There are no events scheduled. You can still show your support by sending flowers directly to the family, or planting a memorial tree in memory of Wesley Michael.
Visit the Tribute Store

Share Your Memory of
Wesley
Upload Your Memory View All Memories
Be the first to upload a memory!
Share A Memory
Send Flowers
Plant a Tree