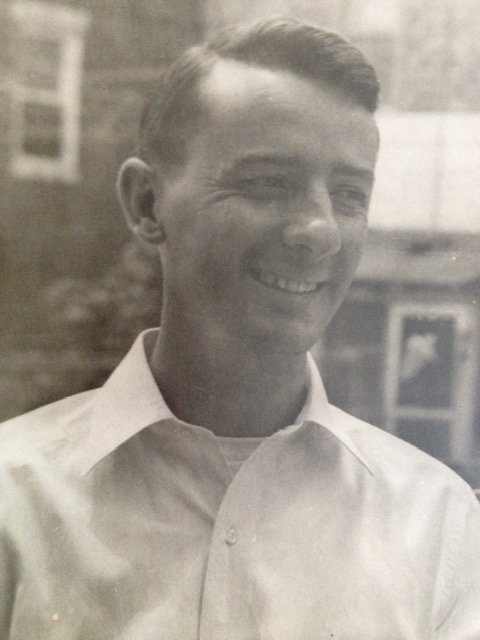 Obituary of Anthony A. Campbell

Our dear father, Anthony Campbell, passed away on September 6, 2020. Anthony was preceded in death by his mother Lena, his father Frank, and his sister Geraldine. He will be missed by his wife Regina, his daughter Patricia O’Callaghan (Michael), his son David (Johnie Mae), his daughter Lynne (John Sevcik), and his son Timothy (Kathleen). He loved and was loved by his grandchildren and great granddaughter: Michael (Bonnie), Lindsey (Jess), Ciara (Billy), Emma Claire, Madeline, Nolan, and Ruby.

Anthony was a Benjamin Franklin High School graduate, class of 1946. As a young man during World War II, he helped the war effort by working at Philadelphia’s Naval shipyard.

He loved the opera, and in his teens through early twenties performed as an enthusiastic extra in operas at Philadelphia’s Academy of Music. He had a flair for the dramatic, and was a life-long teller of tales and loved a good audience.

Anthony spent his whole career working for the City of Philadelphia, which is where he met his wife, Jean. Anthony — also called “Ant” affectionately by his immediate family, and Tony by everyone else — was a Street Lighting Inspector. He worked for the city for 35 years.

He loved music, especially Big Band music, and instilled a love for that era’s music in his kids. He also loved the Jersey shore, and spent all his summers there enjoying the beach and boating and the boardwalk with his family. He was a big personality, eccentric, creative, and funny. His sayings rival Yogi Berra’s.

He also enjoyed cooking, building things with wood (he could make almost anything), fixing things, and telling unusual stories to his kids, grandkids, and anyone up for a good tale.

Funeral arrangements will be private.

In lieu of flowers, donations can be made to one of the charities dear to Ant’s heart:

To send flowers to the family or plant a tree in memory of Anthony Campbell, please visit Tribute Store

A Memorial Tree was planted for Anthony
We are deeply sorry for your loss ~ the staff at Lownes Family Funeral Home
Join in honoring their life - plant a memorial tree
Services for Anthony Campbell
There are no events scheduled. You can still show your support by sending flowers directly to the family, or planting a memorial tree in memory of Anthony Campbell.
Visit the Tribute Store

Share Your Memory of
Anthony
Upload Your Memory View All Memories
Be the first to upload a memory!
Share A Memory
Send Flowers
Plant a Tree