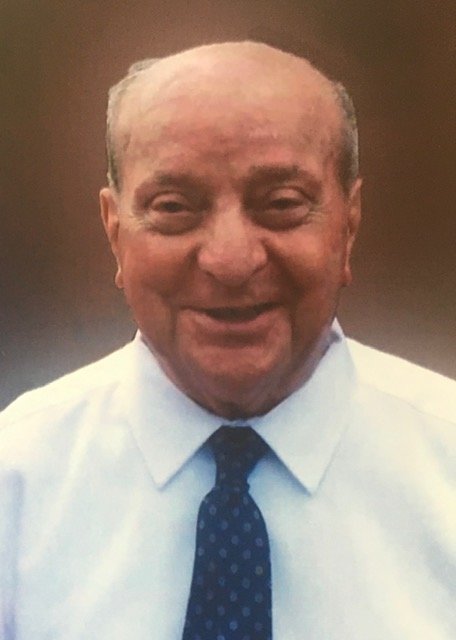 Dan is survived by the love of his life, Helen (Devanney) Mainieri, his wife of 61 years.  Family was everything to Dan and he will be greatly missed by those who loved him most; his son, Daniel Mainieri Jr.; his daughter, Janis Donahue and her husband, Michael; and his grandchildren, Michael and Jessica Donahue, and Daniel Mainieri III, whom he loved with all his heart.

Dan was born in Bridgeport and was a graduate of Upper Merion (1951) and The Philadelphia Museum College of Art (1960).  He was an accomplished graphic designer, trumpet player and leader of the Dan Mainieri Orchestra, and member of the Verdi Band.  Dan was most proud of his service to the United States Army as an interpreter for the 500th Military Intelligence Group during the Korean War (1953–1956).

The family will be holding a small, private service in memory of Dan next week.  We kindly ask that anyone wishing to pay their respects to the family call the house to make plans for a visit.

In lieu of flowers, the family is requesting that donations be made, in Dan’s name, to either Crossroads Hospice, www.crossroadsHospice.com, whose loving and compassionate care was a true blessing to both Dan and his family during this past year or to St. Michael’s Evangelical Lutheran Church at www.smelc.org.

To send flowers to the family or plant a tree in memory of Daniel Mainieri, please visit Tribute Store

A Memorial Tree was planted for Daniel
We are deeply sorry for your loss ~ the staff at Lownes Family Funeral Home
Join in honoring their life - plant a memorial tree
Services for Daniel Mainieri
There are no events scheduled. You can still show your support by sending flowers directly to the family, or planting a memorial tree in memory of Daniel Mainieri.
Visit the Tribute Store

Share Your Memory of
Daniel
Upload Your Memory View All Memories
Be the first to upload a memory!
Share A Memory
Send Flowers
Plant a Tree