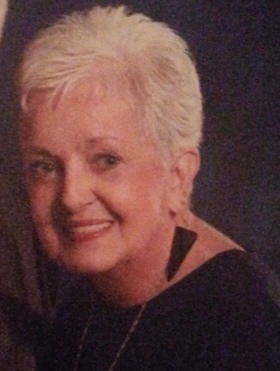 Joan (Petrone) Greco was born in the West Oak Lane section of Philadelphia. In her youth she moved to Flourtown, Pa where she attended Norwood-Fontbonne Academy and later Mount Saint Joseph Academy. It was after attending the Mount that she met the love of her life at the ripe age of 18 at a friend's wedding in 1955. Only he didn't get that memo. They went on a few dates and then didn't see each other again. A chance meeting during mass at St Bridget's Church 3 years later forced the two to realize that it was a match (almost) literally made in heaven. Joan and Tony were married in 1960 at that same church that God hit Tony over the head with divine intervention!

They went on to have 3 girls, Diana, Andrea and Gina while living in the Holmesburg section of Phila. Ironically, they always had female dogs and one of their bred females even had 3 female puppies! In 1974, they moved the family to Lafayette Hill. Joan became an avid tennis player and worked as a medical assistant/phlebotomist in a family doctor's office in Lafayette Hill. As all their children went to high school at the Mount, Joan became one of the Mount's tennis coaches for several years. Joan even took it upon herself to go back to college while her own girls were in high school.

Joan and Tony spent many winters in Largo, Florida where they enjoyed their winter property for many years. Joan played tennis and Tony golfed. It was more a compromise for Joan to stay down south as long as Tony had wanted to every year because by now there were grandchildren in the picture whom she couldn't wait to get back to moreso than she'd ever wanted to get back to her own children...grandparent's rite of passage, I guess! So they stayed in Florida until Tony couldn't take the nagging another day.

Joan loved her 5 grandchildren more than life. C. Michael, Mitchel, Matthew, Julianna and Maxwell became the center of her world. She reveled in all their doings and accomplishments. She taught them (and robbed them blind during) many a card game, the favorite of which was "99". She was always a master seamstress and the person everyone went to when anything needed alterations. And her turn around time was pretty darn (pun intended) quick!

After moving to Souderton in the mid 90s, Joan became a volunteer at the Senior Center and worked in the kitchen preparing meals for the needy and then as her illness progressed, she worked at the front desk. She loved her interactions with coworkers and members alike.

She was kind and generous and always ready with the most brilliant smile. She lived hard, loved harder and was truly loved by all who knew her. She parted this world with the unequivocal knowledge that she had truly married the man who would love her the most.  The children and grandchildren that she raised were also there with her until the very end showing their love and appreciation for all the wonderful contributions she made to theirs and so many others' lives.

A Funeral Mass will be held on Tuesday, Jul 28 at 11:00 AM at Saint Philip Neri Church 437 Ridge Pike, Lafayette Hill

Joan's Interment will be held privately

To send flowers to the family or plant a tree in memory of Joan Greco, please visit Tribute Store
Tuesday
28
July

Share Your Memory of
Joan
Upload Your Memory View All Memories
Be the first to upload a memory!
Share A Memory
Send Flowers
Plant a Tree