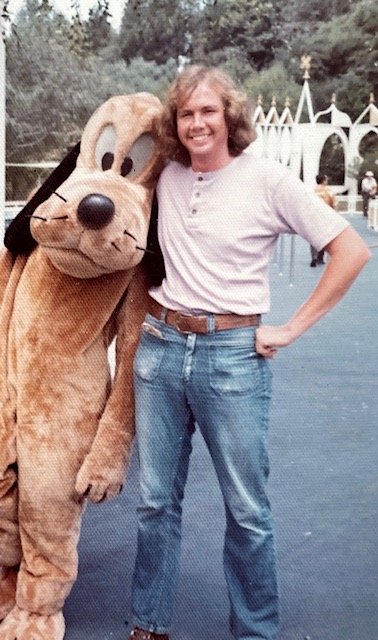 Joseph Burke, 68, passed away on Sunday, June 14, 2020 at home after a year-long battle with clear cell sarcoma. He fought hard, but the cancer ultimately took his body—but not his spirit, which will live on with his wife, daughter, and hundreds of friends. Our tears will be leavened by the memories of a truly decent guy who lived in a world that sadly was often not as decent as he was.

Joe had dry, Irish wit and loved to tell stories—some of which were true. He often reminisced about his multiple drives across country in his cherry red VW van with John Denver, David Bowie and Neil Young on the 8-track. He loved to start and sometimes finish projects. In the ‘70s he owned an antique store in Skippack, PA called Country Comforts and later became a realtor in Blue Bell, PA. His clients became close friends and family.

He loved golfing (but only when he was playing well), biking, Democratic politics, a good glass of scotch, and vacationing with his family and dogs at Ocean City, NJ. Joe was born on July 21, 1951 in Norristown, PA to the late Paul and Mary (Irwin) Burke. He is survived by his wife of over 44 years, Janet (Beaumont) Burke, his daughter Sarah Burke, his brother Paul (Dorothy) Burke, sisters Maureen Burke and Nancy (Burke) O’Hara, sisters-in-law Mary Jo (Beaumont) Glass and Theresa Beaumont, his uncle Russell McCormick and numerous nephews, nieces, and cousins. He was predeceased by his brother Richard Burke and sister Susan Burke.

There will be a celebration of Joe’s life at a later date once we’re able to gather together. In the meantime, listen to a John Prine album over a glass of scotch to honor him.

In lieu of flowers, donations can be made in Joe’s name to Laurel House, P.O. Box 764

To send flowers to the family or plant a tree in memory of Joseph Burke, please visit Tribute Store

A Memorial Tree was planted for Joseph
We are deeply sorry for your loss ~ the staff at Lownes Family Funeral Home
Join in honoring their life - plant a memorial tree
Services for Joseph Burke
There are no events scheduled. You can still show your support by sending flowers directly to the family, or planting a memorial tree in memory of Joseph Burke.
Visit the Tribute Store
Print
Online Memory & Photo Sharing Event
Online Event
About this Event