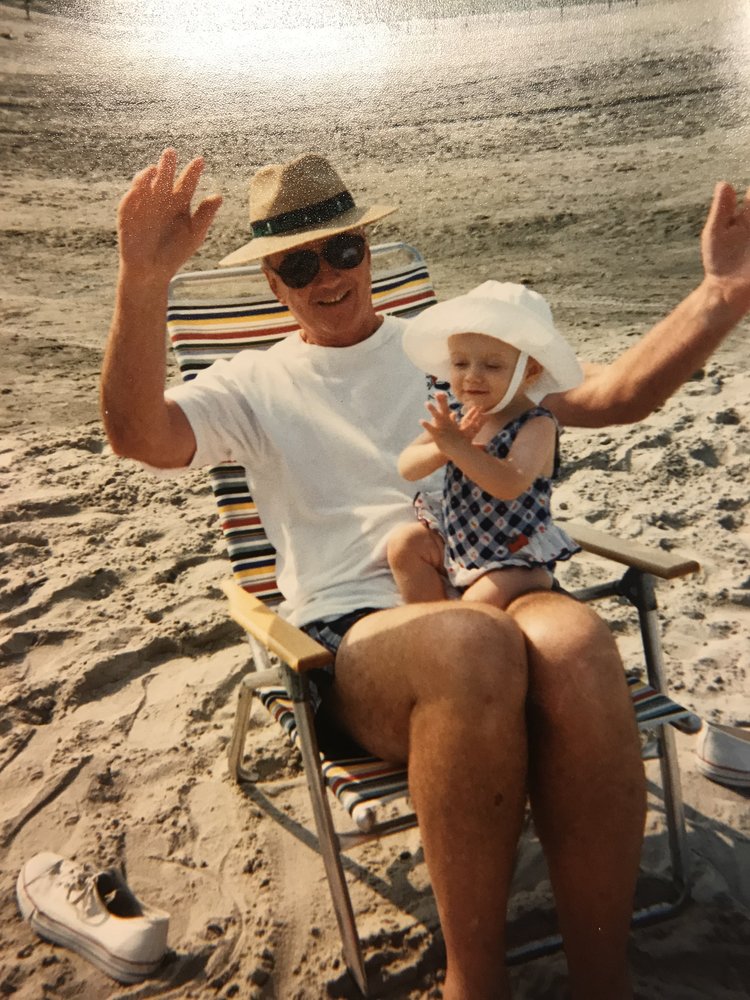 Bill O’Kane was born on October 15, 1931 in Philadelphia, PA to Thomas and Margaret O’Kane.  He died peacefully on April 21, 2020.  Bill was the second of four children in his family. He was a proud and honored graduate of Resurrection School, St Joseph’s Prep, the Wharton School at the University of Pennsylvania and Villanova Law School.  He was preceded in death by his father, mother and his brothers, Tom and John.

Maureen, Will and Jack O’Kane; and Brendan and Audrey O’Kane.

After graduating from Penn he initially worked in Public Accounting before entering the Navy as officer in the Submarine Service.  Standing nearly 6’4”, the submarine ship assignment was always a comfort wonder from his family and friends but all were told it was a great experience.  His Navy assignments gave him an opportunity to travel the globe and see the Far Eastern continents, often after lengthy assignments beneath the seas.

After completing his Naval responsibility, he entered Villanova Law School.  In 1962, he graduated law school with many honors and began a successful 34 year corporate legal career.  He started his legal career at ARA Services (now Aramark).  He led the ARA mergers and acquisitions legal team that transformed the company into a service conglomerate through numerous acquisitions.  He also served as General Counsel for Chemical Lehman Co and Easton Hospital helping the organizations navigate through regulatory legal challenges of the transportation and health care industries. Bill was a supporter of Catholic Education and the Catholic Charities Appeal.  He also served as a lector and on finance committees at the parishes of St Genevieve’s and St Philip Neri.

Bill and Eleanor loved the beach.  For nearly 30 years, they vacationed at their home in Avalon NJ entertaining and visiting  family and friends at the shore.  In retirement, they traveled to Naples Florida for some winter vacations.

Throughout his life, Bill liked problem solving.  Whether there were contractual issues during his legal career, a math problem, daily puzzles in the paper or raising four teenagers, he liked the challenge of finding a solution.  He also loved football and baseball, especially the Philadelphia A’s and later the Phillies.  He was fortunate enough to have a great seat at the Eagles championship games in the 1949, 60 and 80 seasons.  He also enjoyed playing golf with friends and family and listening to music.  He quietly collected a few Donna Summer albums, after seemingly hearing his Avalon neighbors continuously play her music during the 1978 summer.  Bill had a calm and patient personality, an infectious smile and a love for what he called “kid proof beers”.  Although his hearing diminished in the last decade, his kind and compassionate spirit never waned.

Bill is survived by his wife, Eleanor, his sister Peg, his children and many grandchildren, nieces and nephews.  Due to the current Coronavirus environment, his funeral mass will be private.  His family will plan a future memorial when larger gatherings are permitted.    In lieu of flowers, please consider sending any memorial donations in Bill’s name to the Catholic Charities Appeal of the Archdiocese of Philadelphia at 100 N 20th Street, Phila Pa 19103.

To send flowers to the family or plant a tree in memory of William O'Kane, please visit Tribute Store

A Memorial Tree was planted for William
We are deeply sorry for your loss ~ the staff at Lownes Family Funeral Home
Join in honoring their life - plant a memorial tree
Services for William O'Kane
There are no events scheduled. You can still show your support by sending flowers directly to the family, or planting a memorial tree in memory of William O'Kane.
Visit the Tribute Store
Print
Share A Memory
Send Flowers
Plant a Tree