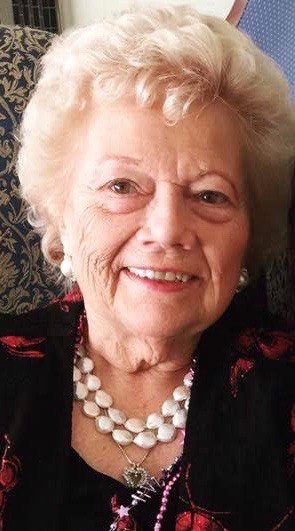 Mary Ann was born in Philadelphia, PA, the daughter of the late Edward K. and the late Kathryn A. Ketcham. Mary Ann graduated from Philadelphia’s Olney High School. She graduated from Pennsylvania State University with a Home Economics Bachelor of Science degree in 1953.

Mary Ann married the late John “Jack” S. Gabel in 1953 and had just celebrated their 60th wedding anniversary prior to his passing on December 31, 2013.

She dedicated all her time and love to her family. She had an outgoing entrepreneurial spirit, which shined through in the nursery and kindergarten school that she owned and operated. While living in Whitemarsh Twp. PA, Mary Ann became a Republican committeewoman and was active in the PTA at Whitemarsh Elementary School.

Some of her best memories were spending time in Ocean City, NJ with family and friends. Mary Ann belonged to many organizations, such as the Ocean City Yacht Club, Ocean City Pops, Questers, and the Married Couples group just to name a few. She loved judging the Ocean City Baby Parade over the years. An avid traveler, reader and artisan, Mary Ann especially enjoyed knitting and stained glass, going to PSU football games and the Creamery, creating lifelong relationships with everyone she touched.

Mary Ann loved living each day to its fullest and creating lasting memories with loved ones. She will be greatly missed.

Mary Ann loved living each day to its fullest and creating lasting memories with loved ones. She will be greatly missed

There will be a visitation before the service from 1:00 PM- 2:00 PM at Meadowood

In lieu of flowers, contributions may be made in memory of Mary Ann Gabel to support ovarian cancer research at Penn Medicine’s Abramson Cancer Center. Checks should be made payable to ‘Trustees of the University of Pennsylvania’ and indicate ‘Mary Ann Gabel’ on the check memo line or in a note with gift. Please mail checks to: Penn Medicine Development, Attn: Maddie Hansen, 3535 Market Street, Suite 750, Philadelphia, PA, 19104. Gifts may also be made online, by visiting www.pennmedicine.org/OCRC.”

or  Humane Society of Ocean City

To send flowers to the family or plant a tree in memory of Mary Ann Gabel, please visit Tribute Store
Friday
6
March

Share Your Memory of
Mary Ann
Upload Your Memory View All Memories
Be the first to upload a memory!
Share A Memory
Send Flowers