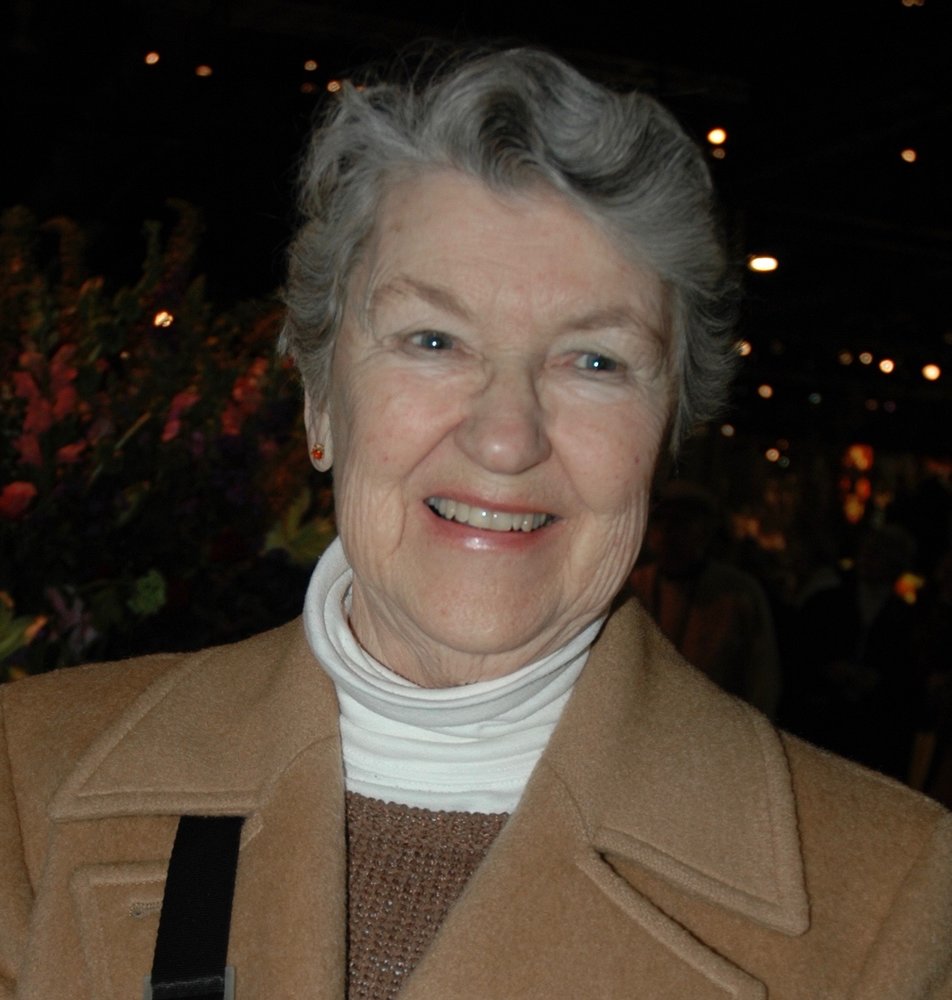 Barbara L. Sheble of Lafayette Hill and Belgrade Lakes, Maine passed away peacefully on September 7, 2019.  She was the beloved wife of the late John W. (Jack) Sheble to whom she was married for 55 years; loving mother of Anne Sheble of Unity Maine, Jane (Tom) Macko of Allentown, Martha (Will) Agate of Chestnut Hill and Harriett (Carlos) Perez of Danville; cherished grandmother of 11 and great grandmother of 6.

Born on December 19, 1930 in York, PA, she was a graduate of York Junior College and began work as a dental assistant.  Shortly thereafter, she met her future husband, Jack, on a blind date on New Year’s Eve.  In her words, they were made for each other, she lifted his spirits and he brought her down to earth.  She was eternally grateful for their long and loving marriage.

They moved to Chestnut Hill where they raised their 4 daughters and Barbara became very involved in volunteer work in the community.   She served as a deacon for the Presbyterian Church of Chestnut Hill (PCCH), on the Women’s Board of Germantown Hospital, and as president of the Women’s Board of the Philadelphia Cricket Club where she was an active tennis and bridge player.  She was a long time volunteer at Chestnut Hill Hospital and Meals-on-Wheels.  As a parent at Germantown Academy, Barbara was involved in many volunteer activities.  She was also very active in the community of Belgrade Lakes, Maine and Union church where she and Jack were summer residents for more than 40 years.

When the children were grown, they built their dream house on Andorra Road, where they reveled in the quiet sounds and sights of nature.  Bird watching became a favorite activity.

Barbara was a life long fitness enthusiast, and could be seen walking daily at a brisk pace on Forbidden Drive and in earlier years she was an accomplished swimmer, tennis player, biker, and cross country skier.  She was a lover of nature and the outdoors.  She was not afraid to try new things -- she dabbled in ballet, yoga and modern dance with great spirit and was a woman who was always on the go.  She accomplished her goal of climbing all of the notable mountains in Maine solo while Jack waited patiently at the bottom.  She was known fondly at the Hill at Whitemarsh for her daily speed walks around campus.

She had a lifelong passion for singing and music and was involved in various school and church choirs for many years as well as the bell choir at PCCH.  She taught her grandchildren “the bells” and the children at Union church.

Her favorite place to be was on her dock in Maine, watching all of the water activities her children and grandchildren were involved in, enjoying the birds, the lake breeze, the smell of the pines, and the glorious sunsets.

Barbara will be lovingly remembered by her family and friends for her vigor, her adventurous spirit, her laugh and enduring love.

A memorial service will be held on Saturday, September 28 at 11am at the Presbyterian Church of Chestnut Hill, 8855 Germantown Ave., Philadelphia, 19118.  Memorial donations may be made to both PCCH and Union Church, P.O. Box 133, Belgrade Lakes, Maine 04918.