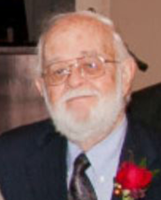 Gordon Kenneth Palmer passed peacefully into the arms of Jesus his savior on May 31, 2016 in his home. Gordon was born on May 9, 1930 in Boston Massachusetts. He was preceded in death by his wife of 54 years, Beverley Palmer. His children, Susan Palmer and Virginia Good, his grandchildren, Morris Palmer Good and Melinda Lloyd, their spouses, and his great grandson Blake Lloyd survive him. Gordon was a hard worker all his life, starting with multiple paper routes as a young boy to support his family. He then learned carpentry from his grandfather while attending Cambridge High and Latin School in Massachusetts. After high school he was in the marines for two years. In 1951 he entered Harvard on a full scholarship and graduated in architecture in 1955. He was married to Beverley Gordon in 1954 and they moved so that he could pursue masters in architecture at the University of Pennsylvania. He worked for several prominent architectural firms before starting his own business, which he maintained until his death. Gordon was a long time member and elder at Tenth Presbyterian Church in Philadelphia. He and his wife were leaders in the churches International Student Ministry through IVCF. They were also active members of Gideon International for many years. Gordon was the American president of the China Graduate School of Theology in Taiwan, with Jonathan Chao as the Chinese president. Gordon's faith was the primary aspect of his life focus and work, and he is now with his Savior and Lord. Memorial services will be held at Tenth Presbyterian Church in Philadelphia on June 26, 2016 at 2:00PM. In lieu of flowers, donations may be made to Tenth Church International Student Ministry or the Diabetes Foundation in Gordon's name.